Most people are familiar with the distinctive, haunting sound of bagpipes, but many don’t know how bagpipes work. They seem exotic, but did you know bagpipes are similar to other reed instruments?

Instead of putting a reed directly in the player’s mouth, as with a clarinet, a bag keeps a constant supply of air moving over several reeds. In the case of the Highland bagpipes, the piper blows air into the bag and a nonreturn valve keeps it from escaping.

Bagpipes evolved from instruments developed in the Near East before 2500 BC. Celts brought the simple pipes westward and the bag was added in Roman times. Nearly every ethnic group in Europe has had its own bagpipe, with Highland pipes being the most widely played today.

The sound produced by a set of pipes depends on the harmonics produced by its drones, the tonal characteristics of the chanter, and reed selection and set-up. In particular, the tone of the drones and chanter is influenced by their internal dimensions and shape.

There are only nine notes played on Highland bagpipes, but the continuous flow of sound requires intricate grace-note embellishments that separate the notes. This technique can take several years to master. Additionally, the instrument requires good physical coordination, some strength, and a few hours practice each week just to keep the pipes in playing condition. 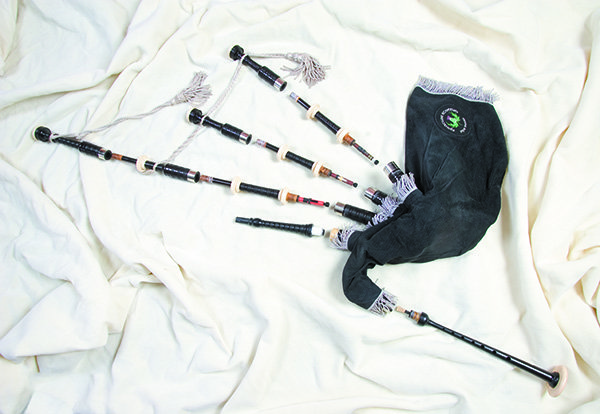